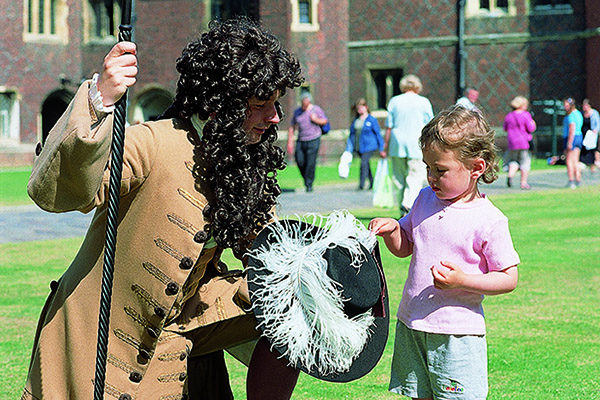 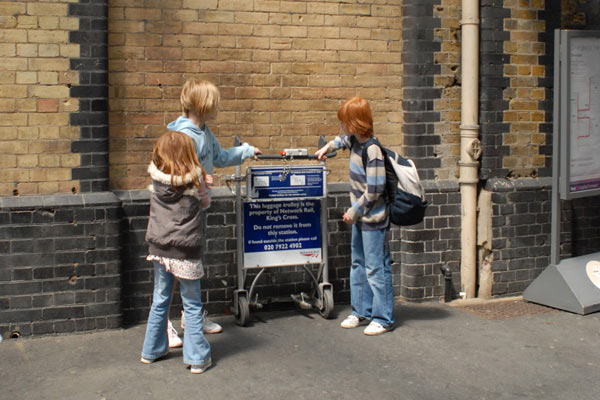 Some good sights for Children's Tour in London:

• The famous Changing of the Guard at Buckingham Palace is well worth a look and gives children a chance to see the Queen's soldiers take part in this historic ceremony.

• The Tower of London - The Tower is full of stories of intrigue, execution & murder. Its 900 years of existence has been a palace, a prison and a setting for many famous executions - including two of Henry VIII's unfortunate wives. Yeoman Warders (or Beefeaters) still patrol the grounds and can tell a few tales of ghostly happenings at night...

• Madame Tussauds - Wax portraits of famous and infamous world figures on display in such settings as The Garden Party and the Grand Hall. There is also the renowned Chambers of Horrors - recreating some of the gory scenes of crime and punishment from London's dark history...

• Harry Potter tour sights - King's Cross station provided the film's magical Platform 9 3/4 and has starred in most of the Harry Potter films. Visit the actual platform where the scenes were filmed and the site for the dramatic encounter between Voldermort and Harry in ‘The Order of the Phoenix’. Stop for a photo shoot at the trolley which has been installed 'disappearing' into a wall.

• London Zoo - opened in 1828 this is one of London's most popular attractions for all the family. Children can watch the Keepers feed the animals and can also take part in one of the exciting and informative shows featuring some of the zoo's most intriguing residents...

• London Brass Rubbing Centre - Britain's age of chivalry, crowned Kings, knights in armour, costumed ladies and heraldic beasts lives on in the medieval copy brasses in the crypt of St Martin-in-the-Fields Church. Discover the simple craft of brass rubbing, using metallic waxes and specialist papers. Make your own knight to take home in just half an hour.

• London Dungeon - This world-famous horror museum has state of the art special effects depicting scenes of torture, death and murder in spine-chilling detail. The London Dungeon is not recommended for children under the age of 10.

• The Harry Potter locations such in London such as Platform 9 3/4 at King's Cross Station.

Some good sights for Kids outside London:

• Hampton Court - Built in 1514, this beautiful Palace situated along the

River Thames, was a favourite residence of the infamous Henry VIII. Five of his wives lived here and the ghosts of two (Jane Seymour and Catherine Howard) supposedly haunt it. Costumed guides take you on a fascinating tour of the State Rooms and can explain in detail the rich history and events which surround them, plus a visit to the Tudor Kitchens, Gardens, Maze and the world's largest grape vine is a must ... An advantage of Hampton Court and Windsor Castle is that they are close to London.

• Hever Castle - This romantic 13th-century moated castle was the childhood home of Anne Boleyn - Henry VIII's ill-fated second wife. Especially appealing to children are the two exciting mazes including the Water Maze and the Hedge Maze, plus the Miniature Model Houses Exhibition and the variety of special events throughout the season including jousting, falconry and archery.

• Imperial War Museum Duxford - the former Royal Air Force base and US fighter base is steeped in aviation history. Explore the fascinating hangars along the base with an outstanding collection of historic aircraft on show from Spitfire to Concorde.

• Windsor Castle - For any child with an interest in the British Royal Family a visit to England's largest royal residence provides an unrivalled insight into 900 years of history - all in a single day. With magnificent State Apartments, St. George's Chapel, burial place of Kings and Queens, and Queen Mary's Dolls' House, exquisitely perfect to the tiniest detail, there is plenty to see and do for the whole family.

• Warwick Castle - situated on the banks of the Avon, is one of the finest medieval fortresses in England and is a real hit with the young and old alike. Using waxwork exhibits to bring to life the rich history of the castle, it shows imaginatively scenes from its time as a medieval household preparing for battle, plus the Castle as a venue for a royal party in 1898. Kids will also love the gruesome dungeon, torture chamber and ghost tower, whilst parents cannot fail to be impressed by the stunning 60 acres of grounds landscaped by Capability Brown in the 18th century. Please note that this is a long day tour from London - 11 hours. Virtual Tour of Warwick Castle

• Legoland is a theme park dedicated to the imagination and creativity of children aged 2 to 13 and is set in 150 acres of beautifully landscaped parkland. There are themed playscapes, building workshops, interactive rides and shows plus the wonderful Legoland model towns from around the world. You can combine a visit to Windsor Castle or Hampton Court with a visit to Legoland.

• Oxford University will please the kids more than ever before. Many of the scenes in the Harry Potter films were set there including Hogwarts' library, hospital, dining room and the staircase. Please note that there is a minimum age for admission to the library.