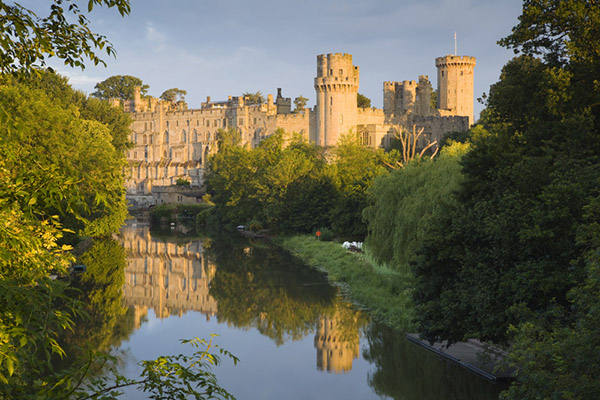 Visit Oxford, majestic Blenheim Palace and the picturesque Cotswolds on your way to historic Stratford-upon-Avon immortalised by William Shakespeare. The house where Shakespeare was born still stands and now incorporates a museum. Afterwards stroll through the bustling market streets, past the medieval houses and the sixteenth century grammar school which Shakespeare probably attended, to Holy Trinity Church where Shakespeare and his wife Anne Hathaway are buried.

Include Warwick Castle in 11 hours. Warwick Castle’s history stretches back a thousand years to an early hill top fortification. The first castle was constructed in 1068 by William the Conqueror and over the ages, passing through the ownership by different individuals, families and Monarchs, Warwick Castle underwent a constant change of development - stone replaced wood, Towers and a Gatehouse were added, the grounds were landscaped. Today it is the epitome of a medieval fortress and, with waxworks, archery displays and a castle dungeon, it is great fun for kids.