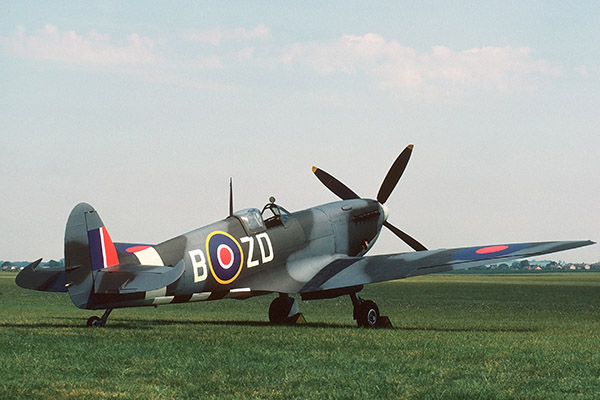 The ancient University city of Cambridge is smaller and much more centralised than Oxford with its picturesque mediaeval colleges clustering around the River Cam. Half-timbered Queen's College is one of the most picturesque and King's College Chapel has some of the finest Gothic fan vaulting in England.

Also visit the Imperial War Museum Duxford. At the start of the second World War, Duxford was a Royal Air Force fighter base, its squadrons equipped with Spitfires and Hurricanes. The control tower and two of the hangars are original. Today the fascinating collection concentrates on British and American military aircraft from both world wars. Alongside the fighters and bombers are a few civil aircraft.

Even at weekends the hangars are hives of activity as aircraft are stripped down, reconstructed and restored in many cases to flying condition.

If your visit coincides with a flying day, you can watch simulated dogfights by Spitfires over the airfield.

Spitire Flights
Contact us too about combining your tour of this historic airbase with a once-in-a-lifetime aviation experience - a flight in the iconic Spitfire. Follow in the footsteps of Churchill's "The Few" - the heroes who took to the skies to defend Britain from the Luftwaffe. Experience the sights, sounds and sheer thrill of this awesome aircraft up close.