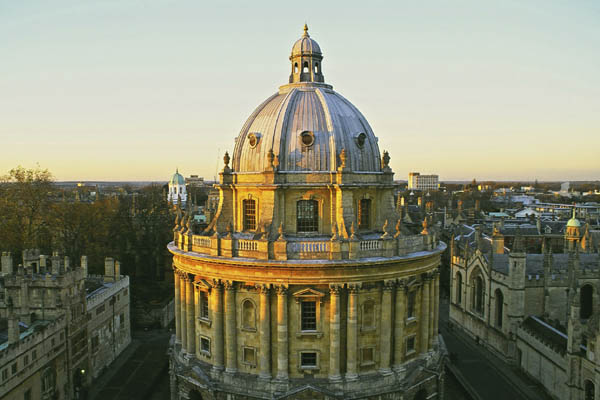 The ancient university city of Oxford lies on the Thames some sixty miles west of London. It's colleges with their gardens and quads cover much of the city centre. Visit Christchurch College, founded by Henry VIII, where the college chapel doubles as the city’s cathedral. It's Great Hall was modelled for the Harry Potter films. On its walls are portraits of alumni – prime ministers, churchmen and philosophers, and Lewis Carroll, author of Alice in Wonderland, who taught at the college. Or visit New College, which nestles under the old city wall and where the chapel still retains some of its mediaeval stained glass and where the ancient mulberry tree is surrounded by the college cloisters. Or just wander through the narrow alleyways with their fifteenth century taverns, crowded with jostling students – especially once the exams are over.