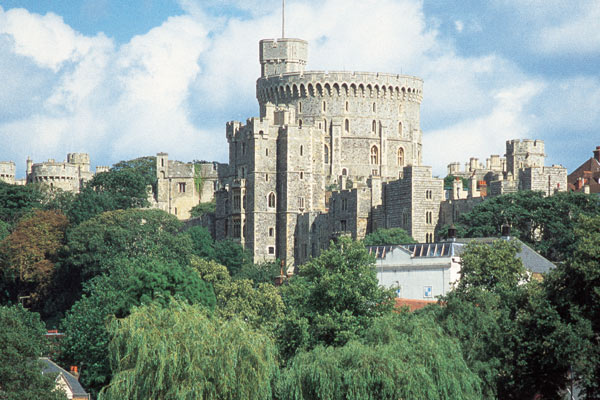 Can there be a more magnificent castle than Windsor? The Queen’s favourite residence sits on a rock a hundred feet above the Thames and can be seen from miles around. The original castle was built by William the Conqueror to defend the approach to London from the West.

The State Apartments are lavishly furnished and are often the setting for official functions, state dinners and diplomatic receptions. Saint George’s Chapel is the church of the Knights of the Garter, the most ancient order of English chivalry, and beneath its soaring Gothic vaults hang the banners of the Knights. Kings and Queens of England are entombed beneath its stones including Henry VIII, buried with 1 of his 6 wives and Charles I, the only monarch to be tried and executed by order of his own people.

Check with us that the State Apartments are open on the date of your visit.