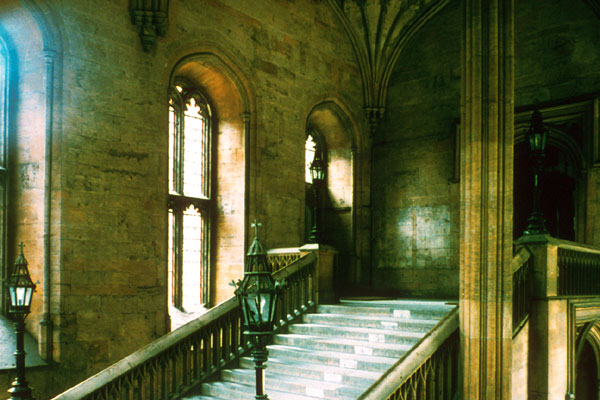 Many of the Hogwarts school scenes were filmed at Oxford University.