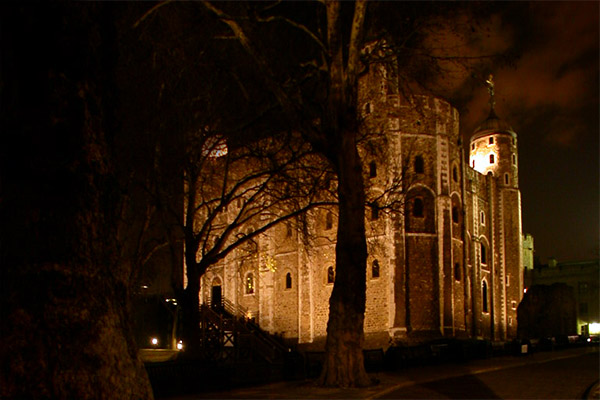 Ghosts have long been said to have plagued the streets, alleyways and buildings of London and in a city with such a long and sometimes dark history, it is no surprise. On this tour, we descend into the depths of the spooky city to see places where, on many an occasion, glimpses of the long dead have been reported! On this tour you'll hear spine tingling tales of disturbing happenings, grisly murders and terrifying sightings!

No place in London can surely be more haunted than the Tower of London, where the aggrieved ghosts of those wrongfully executed still prowl the battlements and turrets, possibly the most famous is that of Anne Boleyn, with and without her head!

Visit the meat market, one-time execution site where religious offenders were burnt at the stake. So many victims met their gruesome deaths here and their screams can often be heard by the market traders as they set up their stalls in the dark small hours.

Stop for a short libation in a pub where a murdered soldier is thought to be behind the movement of objects and the sudden drops in temperature. See the city’s most haunted house, which long had a reputation as a house of evil which stood empty for many years!

Observe some mysterious handprints and where hooded phantoms are said to roam and the most haunted theatre in London’s West End where many have witnessed the mysterious Grey Man and many more ghostly hangouts.

If you love a ghost story, are intrigued by tales of the supernatural and don’t mind a bit of gore thrown into the mix, then this is the tour for you!

Thank you for the flexibility you and Rod offered us on our Airbase tour. We spent a wonderful day in North Pickenham learning about the lives of those pilots - my dad included - during the war. Rod was the perfect guide for us - he has a vast and voracious knowledge about the military experience