Jack the Ripper is perhaps the most infamous serial killer in history. Between August and November 1888, he brutally murdered 6 prostitutes and to this day his identity remains unknown. 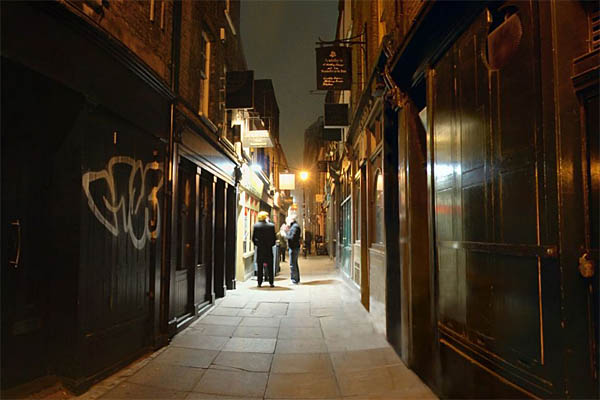 Your expert British Tours guide will take you on a tour of several of the Ripper’s haunts and places where he met and murdered his victims!

Your tour takes you through part of London’s East End, an area where, in Victorian times, social problems were endemic; where once stood sweat shops with women and children working 12 hour days, gin palaces and taverns. It was in these gin palaces and taverns, rife with prostitutes plying their trade, that the Ripper would select his victims.

You will visit the site of the old Victorian workhouse, it was the fear of this place, and places like it, which sent many women into prostitution; also see where several of the victims were found; go past Petticoat Lane market, which takes its name from the rag trade which has flourished in this part of London since the 16th century; visit Spitalfields Market and hear of the suspects including Queen Victoria’s grandson! Finish your tour at the pub where at least 2 of the Ripper’s victims were drinking the nights that they were murdered.