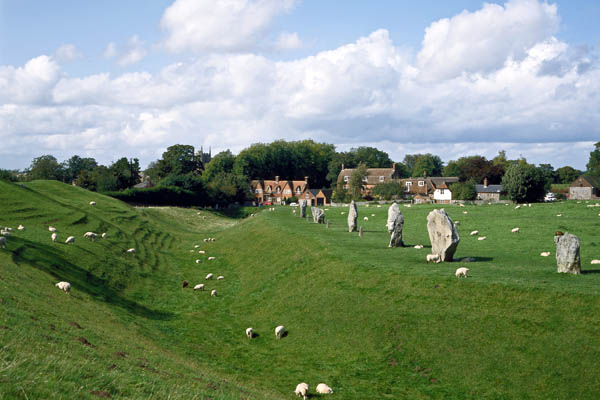 Visit the megalithic stone circle surrounding the village of Avebury. Less well known than Stonehenge, this fascinating site's first stones predate those at Stonehenge by at least 200 years and form the largest stone circle in the world which you can wander around.

The Alexander Keiller Museum displays many of the most significant finds from Avebury and the local area, and has one of the most important archaeological collections in Britain.

Then on to Britain’s most famous prehistoric Stonehenge. The purpose and the construction of this awe-inspiring monument is one of the world's most enduring mysteries. Why did our ancestors build the circle - as a temple, a burial site, a place of healing, or a calendar? And how did they transport the massive stones weighing up to 50 tonnes from so far away? Arthurian legend has it that the circle was built by Merlin, assisted by giants.

Avebury is part of a fascinating Neolithic and Bronze Age network of ceremonial sites that includes Silbury Hill, The Sanctuary, West Kennet Avenue & Long Barrow and Windmill Hill. You can visit these on an Archaeological tour

Stonehenge at Sunrise or Sunset