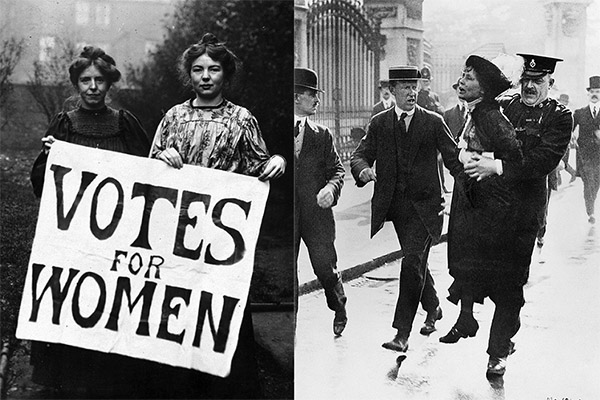 2018 saw the 100th anniversary of the passing of the Representation of the People’s Act [1918] clause 4 of which awarded the very first women in Great Britain the right to vote. Follow the history of the struggle for female suffrage through the two main organisations of Suffragettes and Suffragists and understand the different methods they employed to fight their cause. See the site of the annual Women’s Parliament round the corner from what was then the all-male Parliament, learn about the annual marches and the development of the struggle for enfranchisement. Hear about women delivered as packages to Downing Street, vandalism, arrests, imprisonment, hunger strikes, force feeding and finally the first victory in 1918 and more. Stories of the first woman elected to the House of Commons and the first woman to take her seat (not the same person!) and hear all about some of the extraordinary personalities who gave those very first women the right to vote.

A truly terrific tour ... we appreciated your spirit, sense of humour, driving ability and tremendous knowledge ...we were delighted with the two days