From the Magna Carta to Brexit 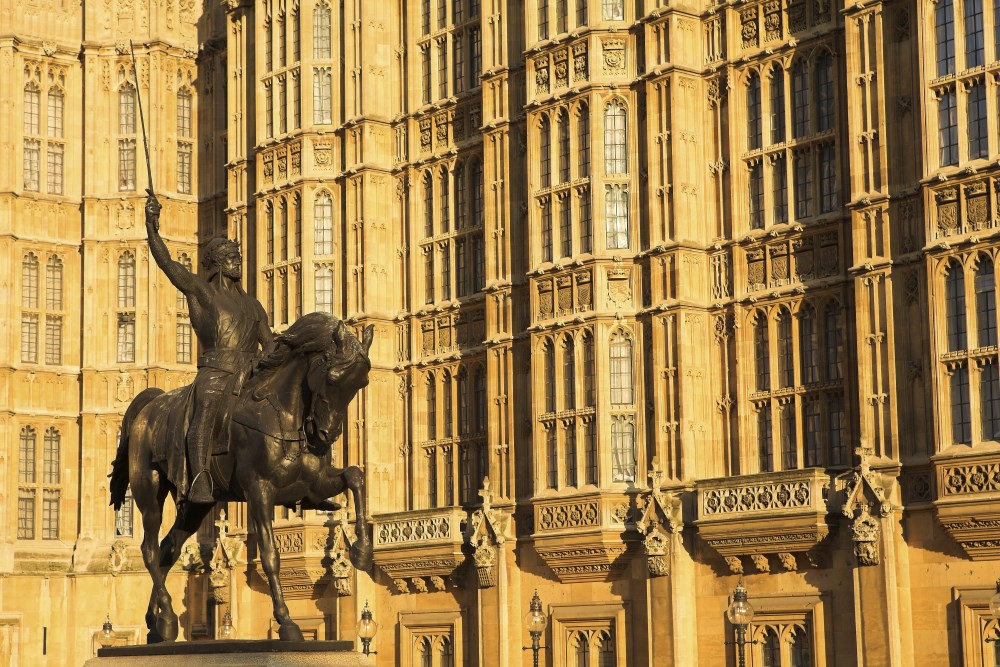 At many times in Britain's rich history, politics have been at the forefront of the news and rarely more so than now. On this enlightening tour, your expert British Tours guide will lead you through Westminster, the home to the political scene in London for 1000 years.

From the struggles between the Church and the Monarchy, the signing of the Magna Carta, the emergence of one of the world’s oldest Parliaments, the assassination of a Prime Minister and two World Wars, learn how events have shaped the country’s political scene.

Enter Westminster Hall in the Houses of Parliament, the place of trials and the political agenda for centuries. It was here that King Charles I was sentenced to death, ending the rule of Monarchy and establishing Oliver Cromwell as the Protectorate of the new Commonwealth. The Monarchy was to be restored but it was never to be the same again. Learn how it survived, and hear about the Queen’s role today in the political framework of our country.

Your guide will also show you some famous residences, including Downing Street the home of British Prime Ministers from the first PM, Robert Walpole, to our current PM, Boris Johnson. See where Churchill celebrated VE Day and discover the significance of a blind match seller who set up shop across the street from a fire extinguisher company during WWII. Also visit the Supreme Court and hear how it was entwined, until fairly recently, for hundreds of years with Parliament. With the political parties at war with one another today, this tour will give you a fascinating insight into the complexities behind the current political climate and of course, Brexit!

End the tour in a pub where our Prime Ministers have drank. See the division bell, which was rung to let those Member of Parliament who had popped in for a quick libation, know that it was time to get back to Parliament to vote – yes, that’s how we ran the country.

This tour is a 2 hour private walk in Westminster, although you can take a wider Political tour to include the City of London, Britain’s oldest local government and its magnificent HQ, and a visit to the British Library to view a copy of the Magna Carta. You can also extend the walk in Westminster to include a tour inside the Houses of Parliament or Westminster Abbey or the Supreme Court.

There are many options available and we will tailor the tour just for you. Please ask our tour planning team for more details.

Our tour guide, Nigel, was excellent. He helped us see London in the most perfect way and adapted the tour to fit our interests. We even got to see the Queen up close as she rode by