See London as Londoners do, by Public Transport with an expert tour guide 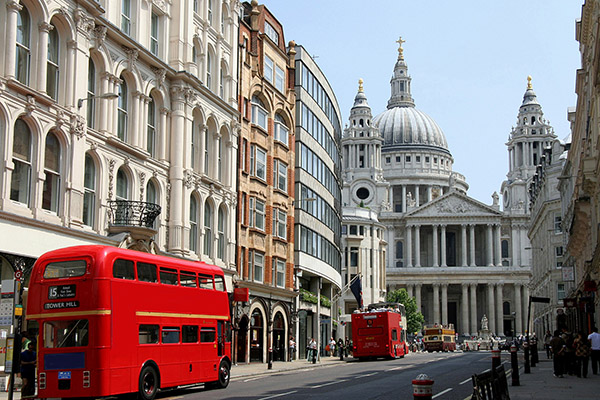 Explore some of London's most fascinating areas by foot and public transport with your own expert tour guide. Your walking tour can be customised to suit you. The itinerary below is for a full day with visits inside three of London's most important historic attractions:-

Westminster Abbey, a place of worship for more than 1,000 years and the setting for Royal weddings and coronations. Many of the nation's Kings and Queens, as well as many of its greatest men and women are buried in the abbey.

The Tower of London. With 900 years of History the Tower has been a Palace, Prison and setting for many executions, including two wives of Henry VIII. Visit the Bloody Tower where the two Princes were murdered by their Uncle, Richard III, and where Sir Walter Raleigh was imprisoned for 13 years.

St Paul's Cathedral, Christopher Wren's Masterpiece built after the Great Fire of London 1666. Prince Charles and Diana's Wedding took place here in 1982 and Winston Churchill's Funeral in 1965. Visit the Cathedral's Whispering Gallery and the American Chapel commemorating the 28,000 Americans who died in operations based in Britain during WWII.

This is a long but rewarding day seeing the city as the Londoners do, and rounded off with a well deserved pint at one of the best London pubs!

We can customise this tour to suit your preferences. Have a look at other private London Walks

Please note: this tour involves a lot of walking and is only suitable for the energetic!