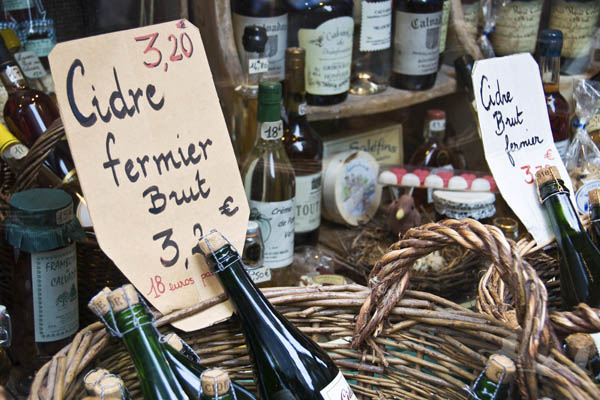 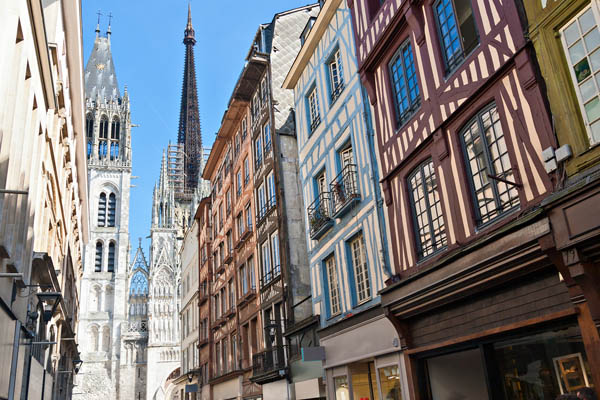 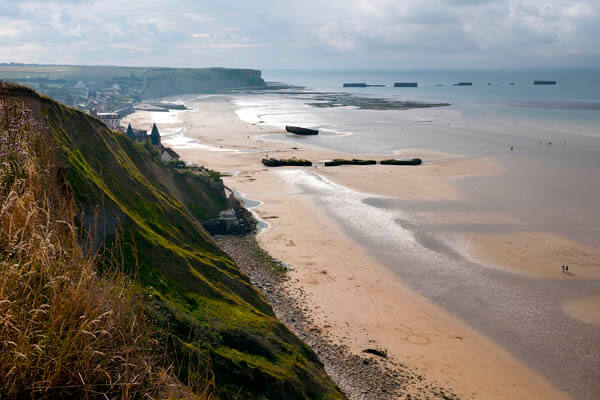 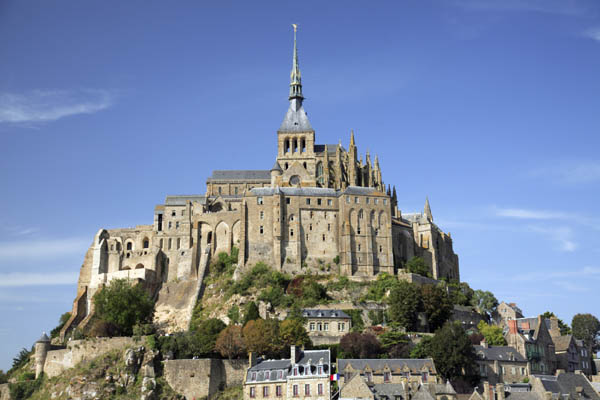 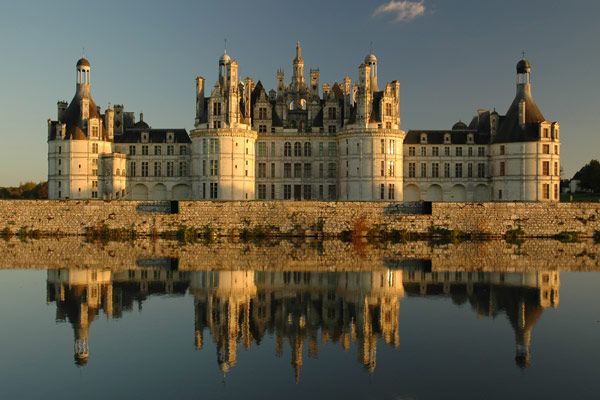 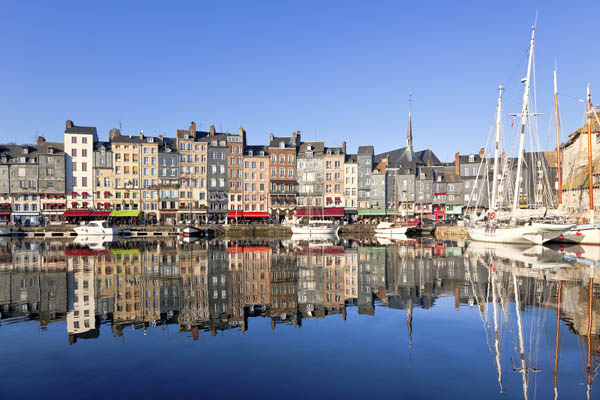 Prices include your guide, private car/minibus, overnight allowance for guide, tax and collection and return to your central Paris hotel. Prices do not include entrance fees, parking, meals or hotels unless stated.

Your guide will collect you from your Paris hotel and you will drive first to Rouen, one of France's most ancient cities. See the square where Joan of Arc was burnt at the stake, the stunning 12th/13th century gothic Cathedral and the famous Gros Horloge, a colourful one-handed clock. Continue to the small medieval town of Honfleur with its cobbled streets and Old Dock, with narrow picturesque houses. En-route view the cable-stayed Normandy Bridge completed in 1995.

After lunch, the afternoon will be devoted to the D-Day sites. Visit Omaha Beach where so many American soldiers lost their lives during the landings and the American cemetery of Saint-Laurent, where hundreds of these brave men are laid to rest. Then a stop at Arromanches, where in June 1944, the Allies built an amazing artificial harbour, which you can still view today. Finally, visit the Caen memorial, a museum dedicated to peace, built on the remains of the German HQ during WWII in Caen. Drive through the Normandy countryside to the "border" with Brittany.

Overnight: Mont St Michel area On your second day, visit Mont St Michel before the crowds. Mont-St-Michel is joined to the mainland by a causeway and its magnificent 11th century Benedictine Abbey stands atop this rocky islet. The climb up through the delightful medieval village nestled into the fortifications, with its steep winding cobbled streets is not for the faint-hearted! You will marvel at how this astonishing Abbey was constructed over 1000 years ago and if you can make it to the top, the views over the rest of the islet and the sea beyond are breathtaking. Later, cross into Brittany and visit the walled port city of Saint-Malo. Take a stroll of the ramparts of the superb old Citadel and have lunch in the busy characterful town.

Overnight: Angers On your final day, pass by the Chateau d'Angers, a formidable early medieval fortress as you continue through the Loire. You will also pass the beautiful Romanesque abbey church of Cunault and the historic town of Saumur, with its graceful Chateau and handsome townhouses, all elegantly bourgeois. Take a guided tour of Langeaise castle, with its 10th century origins; it is one of the oldest in the Loire. It has been renovated to recreate the castle it was in the 15th century, an important part of its history during the 100 years war and when it was largely rebuilt. Then on to the Royal City of Amboise for lunch. In the afternoon, visit Chenonceau castle, also known as the Castle of Ladies due to the powerful French women who each made an impact on it including Catherine de Medici. This charming castle is remarkable for its superb architecture and history and also for the fine quality of the Renaissance furniture and tapestries inside. Your final visit is to Francois I's Chambord the archetype of the Renaissance period and even embellished by one Leonard da Vinci when he visited during its construction boasts 440 rooms, 365 fireplace and 13 great staircases.

Our guide was fantastic and went out of his way to make our day special ... flying over France & England and having a lovely lunch in France was well worth it!