"We are all worms, "said Churchill, "but I do believe that I am a glow-worm". 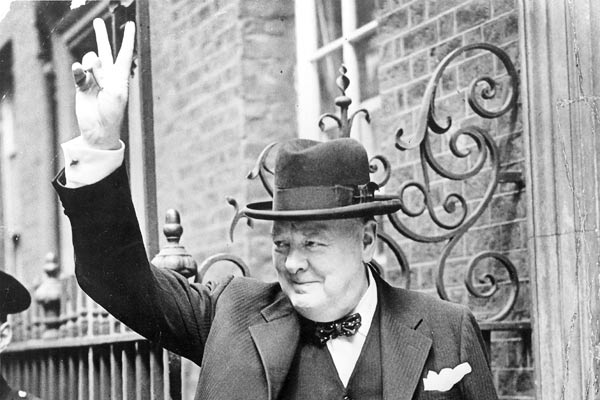 Some of the glow persists. You can see some of it when you look at the great brooding statue staring, oblivious to London traffic, across the east side of Parliament Square towards the House of Commons, the scene of so many triumphs.

You get another glimpse in his bedroom in the Cabinet War Rooms underneath Whitehall; the walls are covered with maps showing the deployment of Army units expecting any day to have to face a seaborne invasion and the might of Hitler's Wehrmacht.

But perhaps it is at its clearest at Chartwell where, when things were at their lowest ebb and the country seemed disinclined to confront the growing menace of Fascism, Churchill would prepare the speeches that would eventually convince so many of his friends that something would have to be done and that he would be the best man to do it.

And the afterglow is there too in the little churchyard of St Martin's in Bladon where a plain stone marks the tomb of Winston and Clementine Churchill and the dates of their lives.

Ask us about visiting the Churchill sights in London (the Cabinet War Rooms, St Margaret's Westminster where he married, Palace Gate where he lived in London, his statue in Parliament Square and memorial in the Abbey) or the sights outside London - (his birthplace at Blenheim Palace, or his grave at Bladon, or Chartwell in Kent, his home from 1924 to 1965 where the rooms and gardens remain much as he left them). All sights could be visited on an overnight tour.