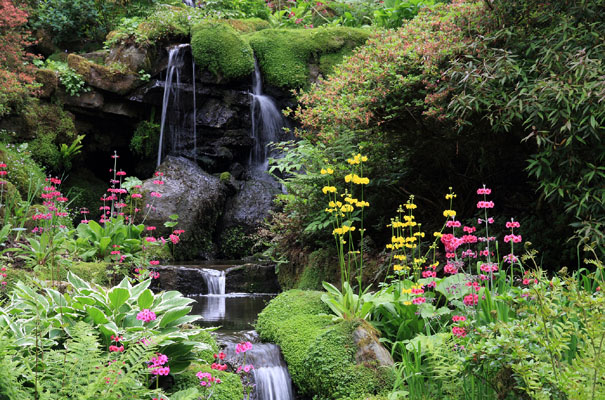 Medieval Welsh folklore abounds - heroes who leap on bubbles without breaking them - missionary saints who sail the seas on leaves - they are kept alive in a country of remote mountains, sparkling lakes, windswept cliffs and people who still speak Welsh, many regions of Wales have signposts in Welsh only as follows:

Visit Winchester, Salisbury and Stonehenge, on the way to the spectacular city of Bath to spend your first night. Bath was founded as a health spa by the Romans: see the beautifully preserved Roman Baths and Georgian Pump Room, Robert Adam's Pulteney Bridge, the magnificent Abbey and Royal Crescent.

Crossing into Wales visit the Caerleon Roman fortress on your way to Cardiff, capital of Wales with its 11th century Castle and historic Cathedral. See the shed in which Dylan Thomas wrote and descend the Blaenafon Big Pit Coal Mine now a museum where ex-miners provide a vivid reminder of this tough industry.

Explore the splendid mountain scenery of the Brecon Beacons and the Elan Valley following a chain of sparkling lakes - spending the night in this area.

The next two nights will be spent in North Wales a region famous for its natural beauty most notably the Snowdonia National Park. Visit some truly majestic castles such as Beaumaris, Harlech & Caernarfon, Bodnant Gardens, sloping down to the river Conwy with the peaks of Snowdon as a backcloth and Portmeirion, a bizarre Italianate village on a private peninsula - setting of the TV series 'The Prisoner'.

Also visit the slate caverns at Blaenau Ffestiniog and, if you like, take a scenic ride on a narrow-gauge steam train. Drive through Shrewsbury and Ludlow, both boasting pretty half-timbered Tudor buildings returning to London via Stratford-upon-Avon, the Cotswolds, Oxford or spectacular Blenheim Palace, birthplace of Sir Winston Churchill.