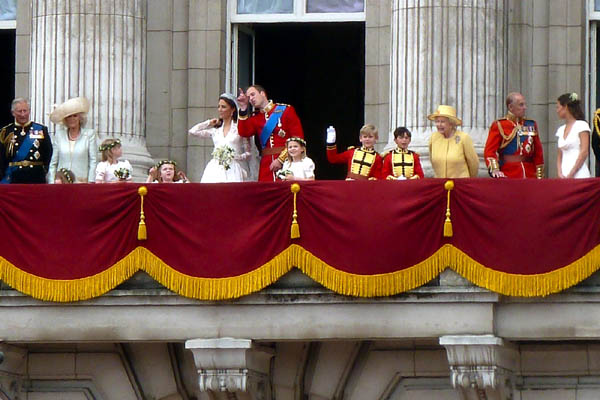 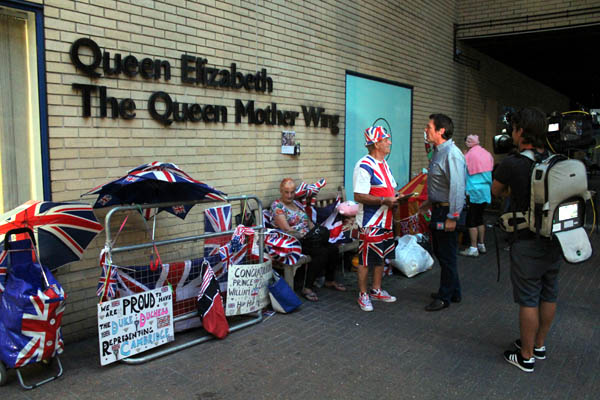 Follow in the steps of the young royal couple and get a taste of the life of the young upper class with this 3 hour day tour of London.

Prince William and Kate Middleton’s love story started in St Andrew’s, Scotland, where they both went to University, but it truly blossomed in London. Your royal specialist guide will show you the places where William, his brother Prince Harry and their crowd hang out - their residence in London, their favourite nightclubs in Mayfair, the places where they shop for clothes and shoes…

You will also see the high street clothes chain where Kate used to work before getting married, the shop of the jeweler that crafted the engagement ring that she’s now wearing and the shop of the designer who designed her engagement dress. You can also shop like a royal in one of the luxurious department stores. Your British Tours guide will share with you their memories of the incredible day from a Londoner’s perspective.

Your guide will show you the hospital where the latest addition to the family, Prince George Alexander Louis of Cambridge, was born on 22 July 2013. You can take a picture of the exact spot where Kate and Will showed their newborn son to the world, and where Charles and Diana appeared in 1982 with baby William.

During your tour, visit inside Westminster Abbey, where the wedding of the century took place on the 29th of April 2012.

You can also see the Kate and William sights outside London in 7 hours. Visit Windsor Castle, the favourite residence of Queen Elizabeth II. Many Kings and Queens are buried here in St George's Chapel, including the Queen's Father, George VI, of who Colin Firth's interpretation recently won him an Oscar, also the wife of George VI, the Queen Mother. They are buried along with the ashes of the Queen's sister, Princess Margaret.

With over 1000 years of history, every monarch since William the Conqueror has contributed to Windsor. Also the home of the highest order of chivalry in the world, the Order of the Garter of which William was made a Knight in 2008. William also celebrated his 21st birthday here with an African themed party, sparking security fears when an intruder gained access.

From here, you travel past Eton where the Princes William and Harry both went to school, along with many of Britain's Prime Minister's including the current PM, David Cameron. It was here that best man Harry was accused of cheating, when his art teacher announced she had done his homework!

You then travel to the small pretty village where Kate Middleton, now Duchess of Cambridge, grew up. Have lunch first at the quaint village pub where Kate and William have spent many an evening together and the landlord had an invitation to the big day!

Your guide will take you past her family home, the church where she was baptised, you can go inside and see the actual font, and the shop that William often went to buy his favourite sweets when visiting Kate. It was widely rumoured that the shop-keeper also had an invite to the nuptials!

Please contact us for more details and pricing for the out-of-town option.

What a day we had! It was magical. It was our favorite day we spent in England