Visit the stunning locations of the latest film adaptation of Jane Austen's Pride and Prejudice, Jane Austen's birthplace and the homes where she wrote her greatest works. 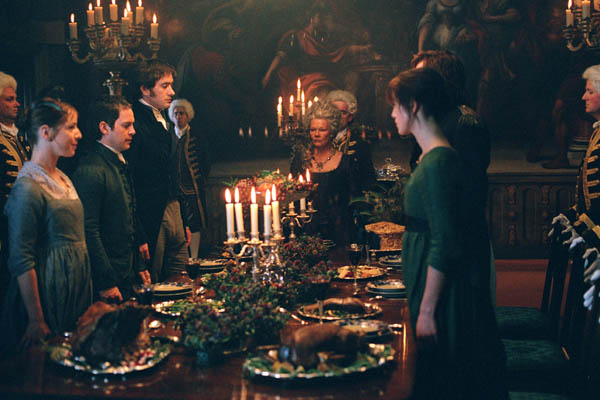 Stamford, one of the finest medieval towns in England is the setting for Meryton Village and the Milliner's Shop. 16th century Burghley House, a superb example of Elizabethan architecture, is the setting of Lady Catherine de Bourgh's home Rosings Park.

Derbyshire provided the countryside so beautifully captured in the film - stand on Stanage Edge on Hathersage Moor where Elizabeth was filmed looking at miles and miles of beautiful landscape. Visit Chatsworth house the magnificent, palatial Stately Home of the Duke of Devonshire which provided the setting for Mr Darcy's Pemberley and Haddon Hall a perfectly preserved 12th century manor house where the Lampton Inn scenes were filmed.

The above locations can be seen at a fast pace in 2 days or at a more relaxed pace in 3 days. In an extra day visit Jane Austen's home at Chawton where she revised Pride and Prejudice, Steventon Church her birthplace, and 18th century Basildon Park which provided the setting for Mr Bingley's Netherfield. Serious Jane Austen enthusiasts can, in yet an extra day, include the medieval city of Winchester where Jane Austen is buried and the city of Bath where Persuasion and Northanger Abbey are mainly set.

We've had a lot of requests from visitors wanting to join a small group tour to these locations. Interested? See our Facebook page to express your interest

The finest guide we have had in 20 years