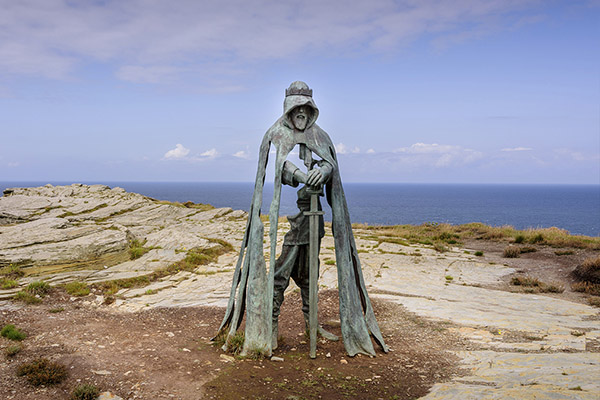 On to Glastonbury and a visit to the Abbey where monks claimed to have found the bones of King Arthur and Guinevere. Enjoy a walk up Glastonbury Tor and enjoy breathtaking views of the mythical Isle of Avalon. Time permitting, visit also the Chalice Well Gardens where for over two thousand years people have come to drink the waters from the springs and find peace and solace.

Last stop is the medieval village of Avebury, visit the megalithic monument which surrounds the village of Avebury and was probably some form of religious centre. Less well known than Stonehenge, this fascinating site’s first stones predate those at Stonehenge by at least 200 years. Wander through the small pretty village and stop for a cream tea or pint in the Red Lion pub.

Ask us about an Overnight King Arthur Tour and also visit Winchester, England's ancient capital. Hanging in The Great Hall is a Round Table once believed to be King Arthur's. Also visit Tintagel Castle, dramatically perched on top of Cornwall's rugged north coast. Tintagel has been associated with Arthurian legend for centuries and was named by Geoffrey of Monmouth as the site of King Arthur's conception.