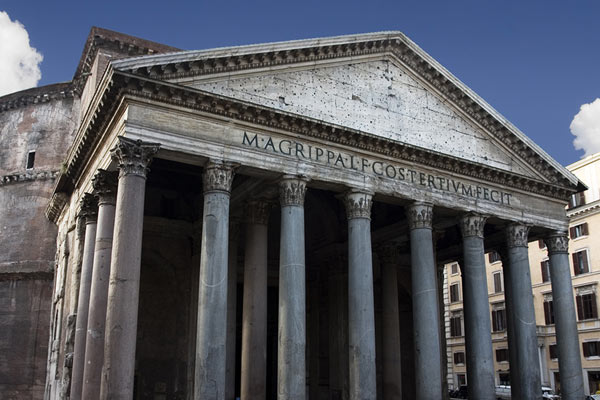 See the most important attractions of the Eternal City with your private tour guide away from the crowds. Visit ancient sites such as the Colosseum, the largest amphitheatre ever built where gladiators fought to the death; the nearby Roman Forums, the core of Roman political and commercial life; Emperor Constantine's imposing triumphal arch and the most central of Rome's 7 hills, The Palatine. From here you have wonderful views over the ancient city.

Also see the Circus Maximus; it is here that death-defying Chariot Races took place, and the splendid Roman Baths of Caracalla, which provided an integral part of Roman life. The Pantheon is the most well-preserved of the Roman monuments, an awe-inspiring structure that is a testament to the skill of the Roman architects. Dating back to a 128AD built as a temple, it is now a Christian Church to which it owes it's amazing state today.

The historical centre, is a web of narrow streets and piazzas, buzzing with life and remarkable monuments. Piazza Navona is the hub of the 'centro storico', the site of a stadium in Roman times it is now teeming with café's and restaurants and street entertainment. See the monument dubbed 'the Wedding Cake', an imposing memorial to Vittorio Emanuele II, the King of united Rome situated in Piazza Venezia where you can also view the balcony that the infamous Mussollini preached to the people during his fascist rule;the Trevi Fountain, an iconic monument famed in the film La Dolce Vita, where you can a throw a coin in the fountain to ensure your return to Rome! the famous Spanish steps and next door the house where the British romantic poet Keats spent the last months of his life See also the Piazza del Popolo or people's square, once the papacy's favourite place of public executions.

Wonder at the magnificence of the Vatican City, the smallest independent state in the world with the Pope as the head. Home to the impressive St Peter's Basilica crowned with Michelangelo's dome; Bernini's St Peter's Square laid out in the late 1500's; the Vatican Museums and probably the most famous site in Rome, the Sistine Chapel legendary for Michelangelo's frescoes, a true jewel of the High Renaissance.

Please note that to enter churches in Rome, men must have their legs fully covered and women must have their knees and shoulders covered. In most churches, especially St Peter's in the Vatican, you will be refused entry if you do not have the correct dress.

Depending on your pace, you will have time to include a visit inside one or two of the most historic sites with your Rome tour guide.

We recommend that you visit the Vatican in the afternoon, where this tour ends. The cost of any onward journey is not included.